Skip to content
Hummus – Struggling for a New Standard of Identity?
May 21, 2014/Debra Rade 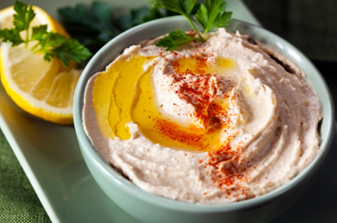 According to a HuffPost Taste post last year, there are at least 21 ways to make a better hummus, and a chickpea has not been waived past many of them. However, relying on our federal government for only the most vital and fundamental services, Sabra Dipping Co. (Sabra) has filed a Citizen Petition with the Food and Drug Administration (FDA) to establish a new standard of identity for hummus. Sabra clearly believes and asserts that the public needs protection from eating hummus that doesn’t have enough chickpeas, or tahini, for that matter. According to Sabra, it doesn’t matter whether you like the taste, or if it is perfectly healthy for you without any contamination, or you can read all the information on the food label that the FDA already requires, the federal government needs to step in and ensure that you get sufficient chickpeas in your dip with new federal regulations.

Sabra is a joint venture wholly owned in equal shares by two independent, global food companies – no less than the United States-based PepsiCo and the Strauss Group, headquartered in Israel.  Sabra proposes the FDA establish a new “standard of identify” for hummus in Title 21 of the Code of Federal Regulations. Sabra kindly drafted the regulation and provided it in the Citizen’s Petition. Suffice it to say that the essential ingredients must be cooked, dehydrated, or dried chickpeas with tahini in proportions that meet Sabra’s recipes.

It’s OK, according to the Sabra Citizen Petition, for the product to include many other components, such as nutritive carbohydrate sweeteners, natural flavorings, processing aids (such as sodium bicarbonate anti-foam agents), texturizers, buffering agents, chickpea flour, components or isolates. Yum.  None of these components would likely be found in the original hummus of Middle-Eastern cuisine.

Sabra asserts that there are several benefits for putting into place the proposed food standard for hummus. It would promote honesty and fair dealing in the marketplace, they say. To support this, the petition refers to the market for “industrial hummus” having expanded from $100 million in the early 2000’s to over $315 million in 2009, and the market for hummus sales having increased 92% through 2013. During that time, competitors have sprouted who have been substituting black beans, lentils, white beans or edamame for the chickpeas, and some of them don’t even include tahini as an ingredient – they may list yogurt or vegetables instead.

Sabra believes the proposed food standard would “preserve the basic nature and essential characteristics of food.” They compare marketing hummus made from legumes other than chickpeas as “akin to the marketing of guacamole made with fruit other than avocados.”  Would guacamole sell if it were made with potatoes?  Would the FDA need to step in if a product was accurately marked “Potato Guacamole”?  Sabra’s assertions raise a question that may well be asked too late.  Has the word “hummus” already taken on a different meaning in English to mean a paste dip made of ground chickpeas, legumes, beets and anything else that is ground up to achieve the “semi-solid food texture” specified in the Sabra proposed regulation? As we know, the definitions for words evolve over time. Is it too late in the US to turn back to the standard definition of the Middle East?

Sabra concedes in its proposed standard that other foods and components can be added to the hummus. The new standard would allow “characterizing flavor ingredients” provided that they comprise less than 20 percent by weight of the finished product and “do not function as ingredients necessary to achieve the semisolid food texture of hummus.” One can reasonably infer that these characterizing flavor ingredients are the ones that Sabra uses, namely, such things as Basil, roasted red pepper, olive tapenade, roasted pine nuts, chipotles, garlic, etc. However, the original recipe made in homes throughout Israeli and Arab countries would not include most of these additives. So, is Sabra misleading the public by selling them? Of course not. The wide variety of Sabra hummus offerings are themselves a reflection of Sabra meeting the taste demands of the local market.

Standard setting in the United States and around the world is, bar none, the most effective way of eliminating the competition. By its nature, it is anticompetitive. If you set a standard that a competitor cannot meet, it is no longer a competitor. So, for instance, you sell white bean hummus? After the standard is implemented, you don’t sell hummus. You sell white bean dip and that is not likely to be placed in the hummus aisle.

Standard setting is also the most effective way to help ensure the safety of products, as well as create level playing fields for business. So, for instance, virtually all of the electrical products in your home have been tested by a certification company to UL Standards for safety that have been helping to define product safety in the US for more than 120 years.

The benefit of having safe products and level playing fields, while acknowledging that standards are anti-competitive, has been balanced over the years through the Noerr-Pennington doctrine which provides immunity from liability to the actions of individual companies under the antitrust laws for attempting to influence the passage or enforcement of laws with regulators and legislators, even when the law or regulation, if passed, would have an anticompetitive effect.

It will be up to the FDA, if not the public human outcry for more white bean hummus, to determine whether the Sabra petition is an attempt to control the burgeoning hummus market or if Sabra is really interested in ensuring that we eat only authentic chickpea and tahini-based hummus for our own good. If it is for our own good, we can hope that Sabra is working on a tahini standard next. And, by the way, the chickpeas are garbanzos to me.

Debra Rade. Lawyer and businessperson. Principal at Rade Law LLC and Rade Consulting LLC. Former chief legal officer and chief administrative officer of Underwriters Laboratories Inc. (now UL LLC). Former partner at a large national law firm. Likes to draw on unique multidisciplinary background in law and business, corporate governance and compliance, product safety and regulations, and not for profit organizations. (The blog does not provide any legal advice so don't look for any here).

Thanks for subscribing! Please check your email for further instructions.

Something went wrong. Please check your entries and try again.
Scroll To Top